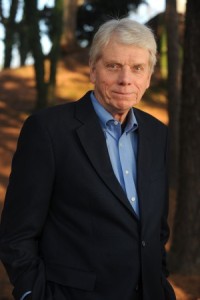 Jim Hall is a lifelong resident of Virginia who was born in Washington, D.C., and grew up in Northern Virginia. He got his bachelor’s degree from Virginia Tech in Blacksburg, Va., and his master’s degree from Virginia Commonwealth University in Richmond, Va. He became interested in the 1932 hanging death of Shedrick Thompson while working on his master’s thesis, which focused on the lynchings that occurred in Virginia and how the state’s newspapers covered those deaths.

Hall worked as a cabinet maker’s helper and farm hand before beginning a 36-year newspaper career. He was a reporter and editor, first at The Caroline Progress, a weekly in Bowling Green, Va., and then at The Free Lance-Star, a daily in Fredericksburg. He retired in 2013.

Hall has lived in the Fredericksburg area for 40 years. The father of two sons, he enjoys finding new bakeries and wasting entire evenings during summer watching Washington Nationals’ games.